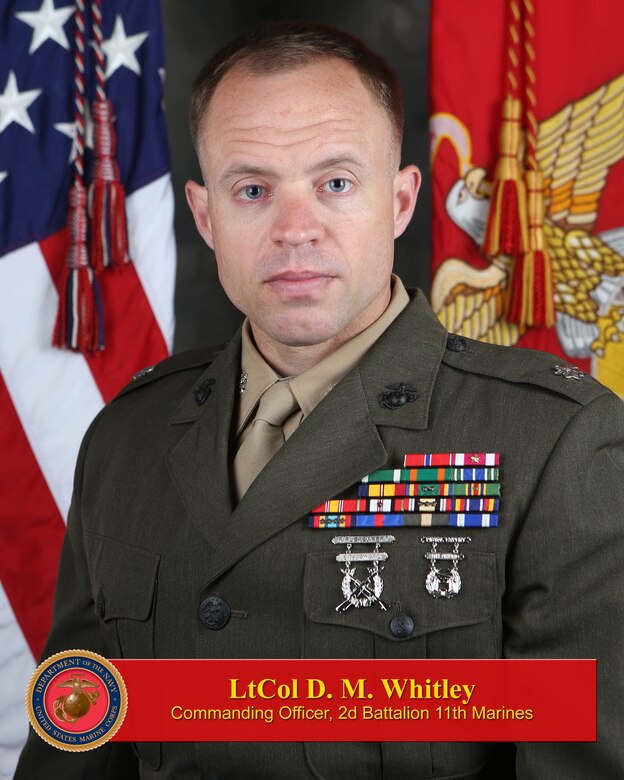 Lieutenant Colonel Whitley was born in Massapequa, NY. He was commissioned a Second Lieutenant in May 1997 after graduating from Trenton State College with a B.S. in Criminal Justice.

Following The Basic School and the Field Artillery Officer Basic Course, he was assigned to 2d Battalion, 11th Marines at Camp Pendleton, California. During this tour, Lieutenant Whitley served as the Fire Direction Officer and the Liaison Officer for Kilo Battery, 3/12 and as the Executive Officer for Fox Battery, 2/11 completing two deployments to Okinawa, Japan with the 31st MEU.

Lieutenant Colonel Whitley earned a M. A. in Human Behavior from National University in 2004.