Inspiring the Next Generation Through the Flying Leatherneck Aviation Museum

Listen to their conversation here!

Much can be learned from history, particularly military history. Artifacts carry stories of trials and triumphs that encourage, educate, and embolden those who are willing to learn from them. Through its engaging exhibits and its collection of historical Marine Corps’ aircraft, the Flying Leatherneck Aviation Museum offers a unique experience to its visitors who want to learn more about the Marine Corps’ aviation history.

On this episode of VANC’s SoCal Military News and Views podcast, Brigadier General Michael J. Aguilar and Victor Franco from the Flying Leatherneck Aviation Museum share how the museum serves as an encouragement and inspiration to past, present, and future military members, what led them to be a part of the museum, and how the museum is expanding to serve an even wider audience.

To Inspire, To Educate, & To Embolden: The Flying Leatherneck Aviation Museum

The Flying Leatherneck Aviation Museum serves to tell the history of Marine Corps Aviation and the tales of those who served as aviators. As the only museum in the world that is focused on Marine Corps Aviation, it boasts a vast collection of historical artifacts and aircraft, including F6F Hellcats from WWII, the TBM bomber that former President Bush was flying when he was shot down, an F4U Corsair, a MiG-15 from the Korean War, and several helicopters—including the helicopter that flew the American ambassador and American flag out of the embassy in Vietnam.

In addition to displaying Marine Corps’ aviation history, the museum also showcases the history of the Marine Corps Air Station in Miramar, where the Navajo Code Talkers demonstrated code talking during WWII.

With such fascinating stories and countless historical artifacts and aircraft, it’s no wonder why men such as Brigadier General Michael J. Aguilar and Victor Franco joined the museum’s team.

Brigadier General Michael J. Aguilar served in the Marine Corps for over 30 years. Inspired by his father who flew B-26s during WWII, his childhood dream was to become a military pilot. One day, he was walking across his college campus, saw a Marine Corps recruiter, and the rest is history. He mainly flew attack helicopters, such as AH-1 Cobras, and spent most of his time at Camp Pendleton where he later commanded a squadron.

“The only claim to fame I have, in addition to being the first person of Mexican descent to make general officer in the Marine Corps, is that I was, as far as I know, the only aviator to run the Marine Corps Drill Instructor School here in San Diego, California,” he says. “It was an absolute wonderful experience and opportunity for me to, again, not only serve in the military and help protect the nation, but to achieve my childhood dream.”

Victor Franco is a Southern California native. Growing up near Camp Pendleton in the 70s and 80s, he was always fascinated by military aircraft and aviation. “As I moved through my career, after college I went into the lobbyist and consulting community, but always kind of had my eye on aviation and the military,” he explains. “I was fortunate enough to work with a number of aviation and DOD contractors over the years.”

About two years ago, he was driving by Miramar Road, and saw the Flying Leatherneck Aviation Museum. As any true history buff and military aviation enthusiast would, he immediately stopped to investigate. “I walked in and initially signed up to be a docent and just volunteer, but by the time the week was out, I was the senior government relations advisor to the Flying Leatherneck Aviation Museum.”

Together, both of these men are working tirelessly to ensure the museum fulfills its mission and that visitors have an incredible experience. Currently, they are trying to move the museum from its location in Miramar to the former Marine Corps Air Station El Toro. Because the museum is owned by the Marine Corps, they have had to close the museum due to various factors, such as COVID and budgetary constraints. During this time, they are trying to reach an agreement with the Marine Corps to loan the entire collection to their new foundation, the Flying Leatherneck Aviation Museum Foundation, which will give them the clearance to move the artifacts and aircraft to the former Marine Corps Air Station El Toro in Irvine.

The city of Irvine, which is where the former Marine Corps Air Station is located, has already approved a multi-million dollar contract to begin refurbishing the grounds for the new facility, library, innovation center, and events center.

As they await the Marine Corps’ agreement, the museum’s staff has been raising funds so they can have the resources necessary to quickly re-establish the museum in its new location, hire more museum staff, outfit the museum store, and provide amenities such as catering to visitors.

If anyone would like to donate to the foundation in support of this effort or if they are interested in volunteering, you can visit the museum’s website at flyingleathernecks.org.

Reach out to Victor Franco. 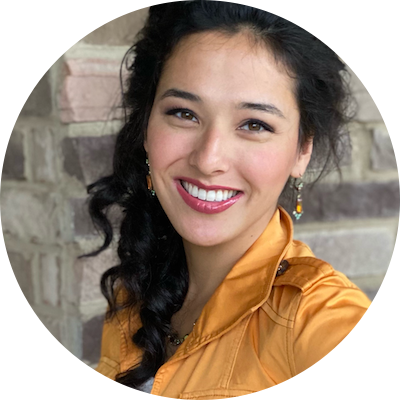 Learn more about VANC. Listen to their discussion here!  Without a doubt, homelessness is prevalent in the San Diego area. One of the populations …